Discussion : Why 'too broad' reason has been removed as flag reason

I have flagged the post as "Needs more focus" for now.

Half a year ago, new post notices were introduced on Stack Exchange, which came with renaming of some almost all of the close reasons. As you've seen, 'Too broad' became 'Needs more focus', 'Unclear what you're asking' became 'Needs details or clarity', 'Off-topic' became 'A community-specific reason' and 'Primarily opinion based' became 'Opinion based'. I don't know if a mapping table exist, but you can compare the table from my answer here with the old reasons: 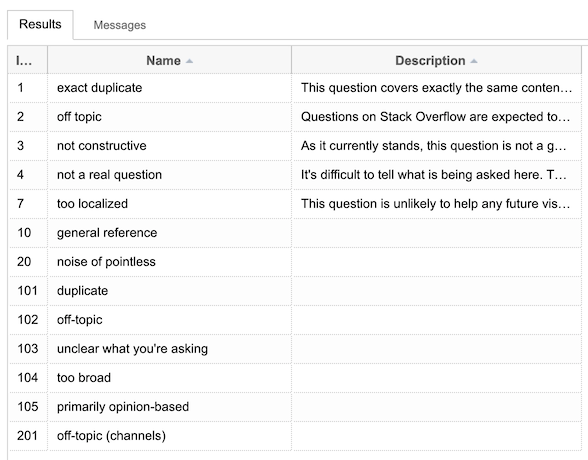 with the new ones (only those between 101 and 105 are used, the others are very old ones): 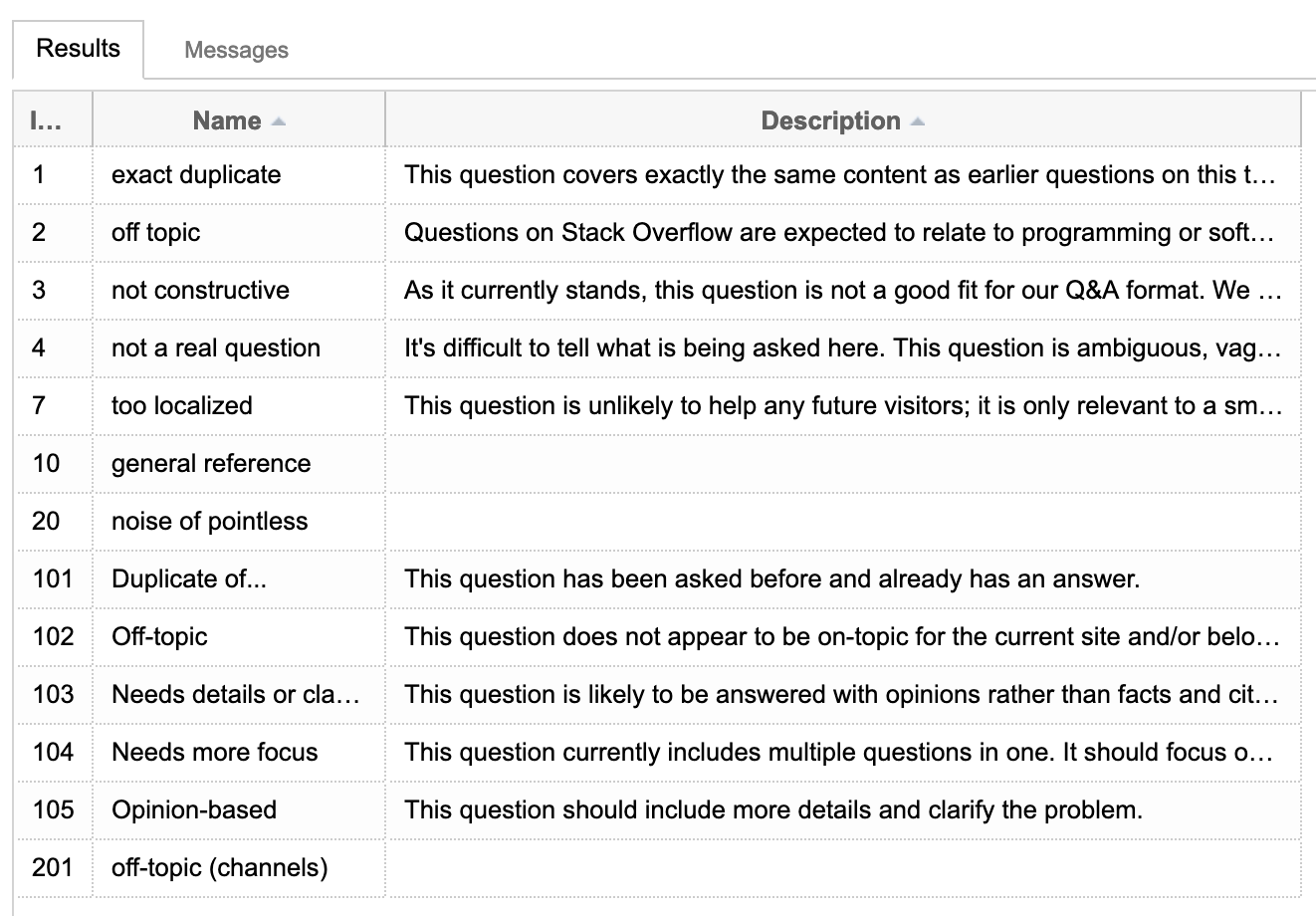 Not the answer you're looking for? Browse other questions tagged discussion .

Welcome!
This site is for discussion about Magento Stack Exchange. You must have an account there to participate.
Help

2
Questions which are too broad
3
Is Magento Certification advisable as Magento 2 is coming soon
7
Quality of review process
14
Usage of the magento-1 tag if no version is specified in question
8
Are "please write code for me" questions on topic here?
6
"3rd Party" close reason text misleading?