How do we prevent, discourage, or punish users for making pointless edits to questions?

One of my questions was recently edited by a user.

The edit did not improve the question at all. The claimed reason for editing was "Spell Correction" [sic] but in fact the edit actually introduced mistakes. The edit was approved by several other users which also points to a weakness in the peer approval system.

I have since reverted the edit but it has left me with concerns about the editing system on the site. Another one of this user's "victims" has also recently reverted a pointless edit; further proof that the user is a pest.

Here is a link to the question (see revision two):
https://magento.stackexchange.com/posts/299030/revisions

The user who made the edit has performed many other similarly pointless edits, many of them consisting of changing single words. It seems fairly obvious that they are attempting to farm for reputation or points: 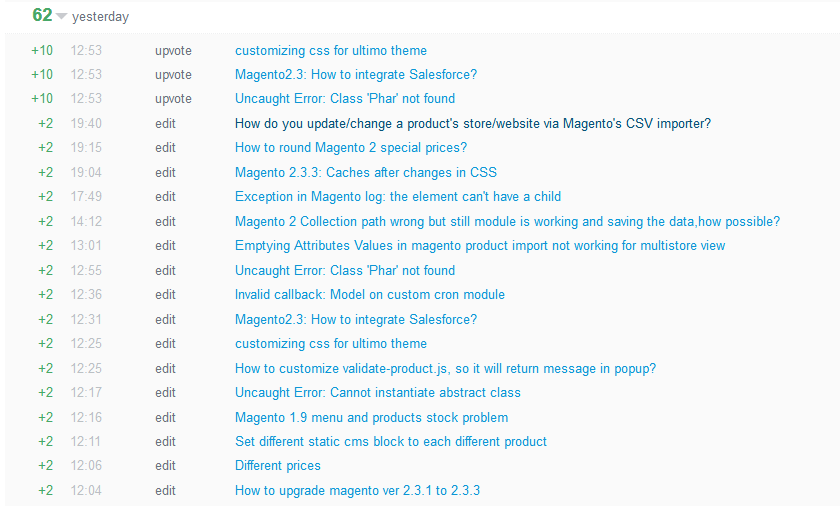 An example of one of the above edits:

How can this kind of behaviour be prevented or discouraged? Is there a mechanism to report users for pointless edits like this?

This reduces the quality of the site and - in my opinion - is an abuse of the ranking system (i.e. users make pointless edits to questions in order to boost their own stats on the site).

@WackGet Thanks for contacting us.

We have contacted the user and asked him to stop such behavior.

Not the answer you're looking for? Browse other questions tagged discussion support feature-request .

Welcome!
This site is for discussion about Magento Stack Exchange. You must have an account there to participate.
Help

7
Flagging questions for closure
7
Quality of review process
3
Is the date of the question relevant when reviewing suggested edits?
19
Is there a limit for Edit
0
Blind Suggestion Reviewer
0
People rejects edit without any reason where question edit is meaningful?
5
user reject every 2nd edit suggestion
6
Is there anything wrong with edits?
8
Report reviewers - temporary retract review permissions?